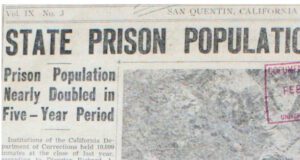 Jeremy Barrett remembers very little of the assault that would change his life.

He was at the end of a three-year sentence in a Florida state prison when he was caught stealing potatoes from the prison kitchen. As punishment, he was sent to confinement with a cellmate who, according to court filings, was “severely mentally ill.” The man attacked Barrett in a violent rage, ultimately gouging out one of his eyes. “I went into shock,” Barrett said.  When he got out of prison one month later, Barrett, 36, sued the Florida Department of Corrections for negligence. The department responded with a counterclaim or a “cost of incarceration lien” of $54,750 — the total cost of Barrett’s 1,095 day stay in the prison at $50 a day.

“They charged me for me being in prison,” Barrett said. “Yeah I was surprised.”

Disclaimer: INMATE TALK SERVICES LLC provides a local and long distance phone number forwarding service and is not affiliated with Securus Technologies, Inc. in any manner.